Jacinth Headlam is a trailblazer who has served as a mentor to young women, giving tirelessly of her time and talent to impact generations of young artists and creatives.

Multi-award-winning actress, author, QVC model, film producer, a mother , and a motivational speaker who was born and raised in St. Mary, Jamaica. She later relocated to Brooklyn, NY with the hope of creating a better life.

She recently booked a principal role for an Emmy Award-winning television show, “A Crime to Remember”, directed by Christopher Dillion.

In recent months, Jacinth has booked the leading role in a television pilot: "Caribbean Girls NYC" which will be aired in France, Canada, and throughout the Caribbean Islands on the FLOW network.

She recently won an award for Best Leading Actress and the People's Choice Award at the 2016 Nafca African Oscar, for her leading role in "Muda".

She also won Best Leading Actress for her leading role in "Diary of a Badman" at the Caribbean Tales Film Festival in Toronto, Canada. Which is the first film she produced and showcased her acting skills.

Recently, she co-produced her first television pilot, “Illusions”, in which she is also playing one of the leading roles.

She is a true definition of not relying on anyone for an opportunity. By producing her own films, she is not only creating opportunities for herself but most importantly for others to live out their dreams.

She also just finished shooting her motivational documentary "i'm Jacinth- Love After." Which covers the story of her life both in Jamaica and the US.

In February, 2019 Jacinth received a proclamation from the City of Allentown. Making February 23rd the "Jacinth Appreciate Day."

In November, 2019  Jacinth founded the Love After Organization which is her new heart beat. The vision and mission of the organization is to heal and empower, inspire and uplift, individuals and communities to turn their pain into purpose, and live out loud unapologetically.

Jacinth also wrote a motivational Memoir: Love After... In this book she shares her most intimate and personal stories to reach, teach and restore. Love After promises to help every reader overcome their pain, hurt, trauma, betrayals and insecurities. Jacinth’s open and honest account of everything she’s been through in her life will truly inspire and uplift you.

When she's not working on set, she loves to write screenplays and mentor adolescents with the goal of helping them fulfill their dreams. She also enjoys traveling internationally to spread global awareness of the Love After transformational movement, on how to transfer our Pains to our Purpose.

As an artist, Jacinth's goal is to be a successful, inspiring and influential award-winning actress who represents her Jamaican origins on a variety of mainstream platforms. She’d also like to create roles with more Caribbean content in which she can relate to. 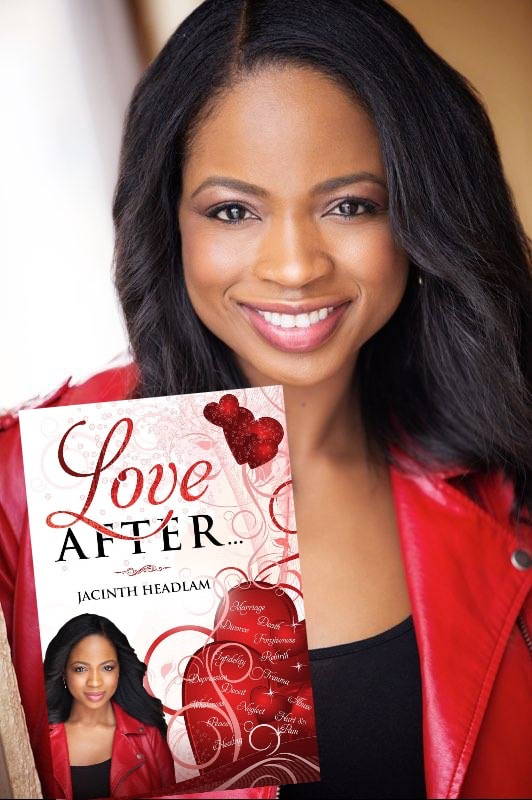 Remember...There is LOVE AFTER...!​
​Thank you so much for Connecting!​
@TheLoveAfter